Many people believe that hair removal simply wasn’t a problem prior to the last 100 years or so. That’s just not true. The history of hair removal dates back to at least 3000 B.C., if not earlier, for a variety of reasons. Throughout the ages women, and men, have been plagued with societal expectations to be hair free, or if nothing else, well groomed. And yet, as mammals we’re destined to be covered! So, how and why did our ancestors deal with their gnarly hairs? Let’s take a look at what techniques worked and what ideas may have been a just little ridiculous. 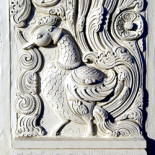 As always the ancient Egyptians seemed to know far more than what we would expect of people who lived up to 4,000 years ago. There are many images depicting women with no hair at all and recorded history that indicates high born women tweezed away their head of hair, wearing wigs instead. To be hair free very common all throughout the Mediterranean and Middle East. The Egyptians even went so far as to create a variety of substances similar to waxes from lemon and sugar or beeswax in order to remove larger areas of hair, much like modern day waxing. 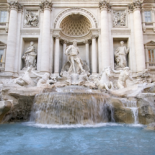 As mentioned, it was very important to many civilizations throughout the Mediterranean to go hair free. Both ancient Greece and ancient Rome were no exception. To be hair free was a sign of class and status in these cultures. Both men and women were expected to be hair free, utilizing razor-like objects made from stones or tweezers. A variety of creams were also an option, though some were more effective than others. 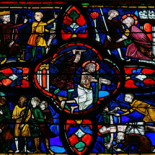 The middle ages saw a decrease in the societal expectation to be hair free. Some people would still look for different forms of hair removal but it was more for hygiene instead of status or beauty. Lice was common and removing hair helped mitigate the problem. Recipes for hair removing creams still remained common. One such cream was found to be dated from around 3000 B.C. in Turkey as well as from the 12th century where it advised the individual to mix one pint of arsenic with one-eighth pint of quicklime to apply to the hair. It went on to advise the individual wash it off when it became hot before the mixture took off your skin as well. Elizabeth the 1st of England brought hair removal back in style by removing any facial hair including her eyebrows to elongate her face. 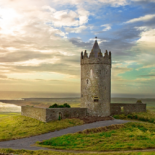 By the 1800s the first straight razor had been invented in France and took off for use among men. It wasn’t until the 1800s that Gillette came into play with the first razors specifically for shaving in 1880. Though women could use these razors, the first product specifically for women didn’t appear until 1915. Gillette’s improvement on the straight razor made shaving a much safer process than it had been previously. 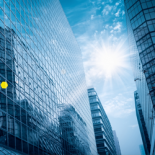 During World War II, nylon ended up in short supply. What used to cover up unsightly hair was no longer available which encouraged women to shave their legs and show them bare. The introduction of the bikini also happen in the 1940s. The more skin women exposed, the more they were expected to shave. The 1960s saw to the invention of waxing and some initial tries at laser hair removal. While waxing took off, the first attempts in laser hair removal caused pretty severe damage to skin. While lasers weren’t ready to market, electrology became mainstream in the 1970s as a permanent option for hair removal. The approval of laser hair removal for the public came in 1998, and to this day almost everyone goes through some form of hair removal process.